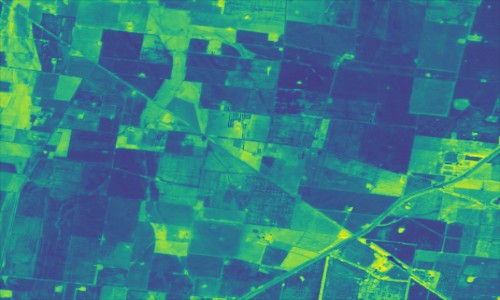 A tutorial for performing fast point-in-polygon tests with Python's Shapeley and Geopandas.

Performing point-in-polygon queries is one of the most commonplace operations in geospatial analysis and GIS. As Python is a great tool for automating GIS workflows, being able to solve this basic problem of computational geometry as efficiently as possible is often a prerequisite for further analysis.

Here’s some example code on how to use Shapely.

One of the simplest and most efficient ways of getting a list of points inside a polygon with Python is to rely on the Geopandas library and perform a spatial join. To do this, we simply create one geodataframe with points and another one with polygons, and join them with ‘sjoin’.

In this example, we will use, as polygons, the shapefile of US counties and a list of random points, uniformly distributed in the lat-long region of (23,51)x(-126,-64).

Now we open a shapefile containing our polygons

That’s it for the polygons, let’s move on now to generate a GeoDataFrame with some points

That’s it, we have just matched points and polygons!

Now, let’s use this to retrieve the points from a specific polygon, as follows:

That’s it, now let’s plot everything

This will produce the following image:

Performance issues become increasingly important as the size of the datasets under consideration grows to millions of points or thousands of polygons. For this matter, it is important to employ the most efficient algorithms and implementations at hand.

Importantly, projects like Shapely and Geopandas continue to evolve and subsequent releases include performance optimizations. Within Geopandas, an important thing to look for is to install some optional dependencies.

Spatial indexing techniques such as R-trees can provide speed-ups of orders of magnitudes for queries like intersections and joins.

Use the optimized PyGEOS library

Another interesting development has been the Cythonised version of Geopandas, reported here. Currently, the fast Cython implementations live in the PyGEOS package, and instructions on how to build Geopandas with the optional PyGEOS dependency can be checked in the documentation. PyGEOS can significantly improve the performance of sjoin.

Point-in-polygon queries are one of the most commonplace operations in geospatial analysis and GIS. As shown in this small tutorial, they can be performed easily and efficiently within Python. It is important also to stay tuned with the ongoing development of the underlying libraries, and to be sure to have the last versions installed, together with all relevant dependencies!